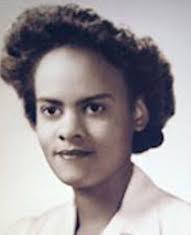 Granville graduated summa cum laude from Smith College in 1945. She went on to get a PhD in mathematics from Yale University in 1949 becomming the second Black woman in US history to earn a PhD in mathematics. After leaving college, she was a research assistant and then taught math at Fisk University in Nashville, Tennessee. She moved back to D.C. and worked for the National Bureau of Standards, using math to help develop missile fuses. In 1956 she was hired by IBM, which launched her career in America’s space program. IBM was a contractor to NASA and Granville designed computer software that helped analyze satellite orbits for the Project Mercury missions. In 1962, she worked on NASA’s Apollo program as a contractor for North American Aviation. A few months later, she returned to IBM, working as a senior mathematician. 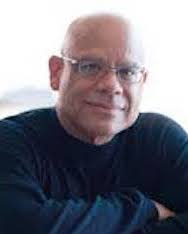 Dr. Mark Dean is a PhD from Stanford University. He is in the National Hall of Inventors. He has more than 30 patents pending. Dean's engineering degree led him to a career at IBM, where he helped usher in the era of the personal computer. Dean developed a number of landmark technologies for IBM, including the color PC monitor and the first gigahertz chip. He holds three of the company's original nine patents. He also invented the Industry Standard Architecture system bus with engineer Dennis Moeller, allowing for computer plug-ins such as disk drives and printers. He likes to joke that his drive to create better, faster computers came from a desire to play more Pac man. Dean has more than 20 patents in his name an dis a member of the National Academy of Engineering. 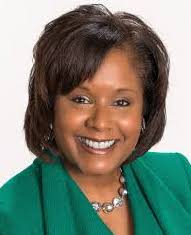 After graduating with a Bachelor of Science in computer science and economics from none other than the University of Maryland, Baltimore County, Lockheed Martin Corp. brought Stephanie C. Hill on board as a software engineer.

Although she regards herself as an “accidental engineer, Hill’s work with missile systems like the Navy’s Sea Sparrow earned her the “Most Promising Engineer” award at the 1993 BEYA STEM Conference. Twenty-one years later, she was named the 2014 Black Engineer of the Year for career-long leadership and commitment to promoting STEM education.

“For the longest time, I couldn’t decide whether I wanted to major in economics or switch to computer science because, with every elective, I took more and more of computer science. I fell in love with it. It was so much fun! Then in my junior year, I had to declare. So I decided it was going to be both.”

Hill graduated with a double major in computer engineering and economics from UMBC and continues to raise awareness about opportunities in engineering. 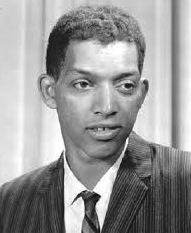 George Robert Carruthers (1939-2020) was a Black inventor, physicist, engineer and space scientist. Carruthers perfected a compact and very powerful ultraviolet camera/spectrograph for NASA to use when it launched Apollo 16 in 1972. He designed it so astronauts could use it on the lunar surface, making all adjustments inside their bulky space suits. Upon instructions from Carruthers, they used the camera to record the Earth's outermost atmosphere, noting its variations, and also mapped portions of the far-ultraviolet sky recording stars and galaxies, and the gaseous media between them. In 1970, sending his instruments aboard Aerobee sounding rockets, he had demonstrated that molecular hydrogen exists in the interstellar medium. Among numerous citations and awards, in 2003, Carruthers was inducted into the National Inventor's Hall of Fame. He received an honorary doctorate for Engineering from Michigan Technological University, and in 2013 the 2012 National Medal for Technology and Invention from President Barack Obama.